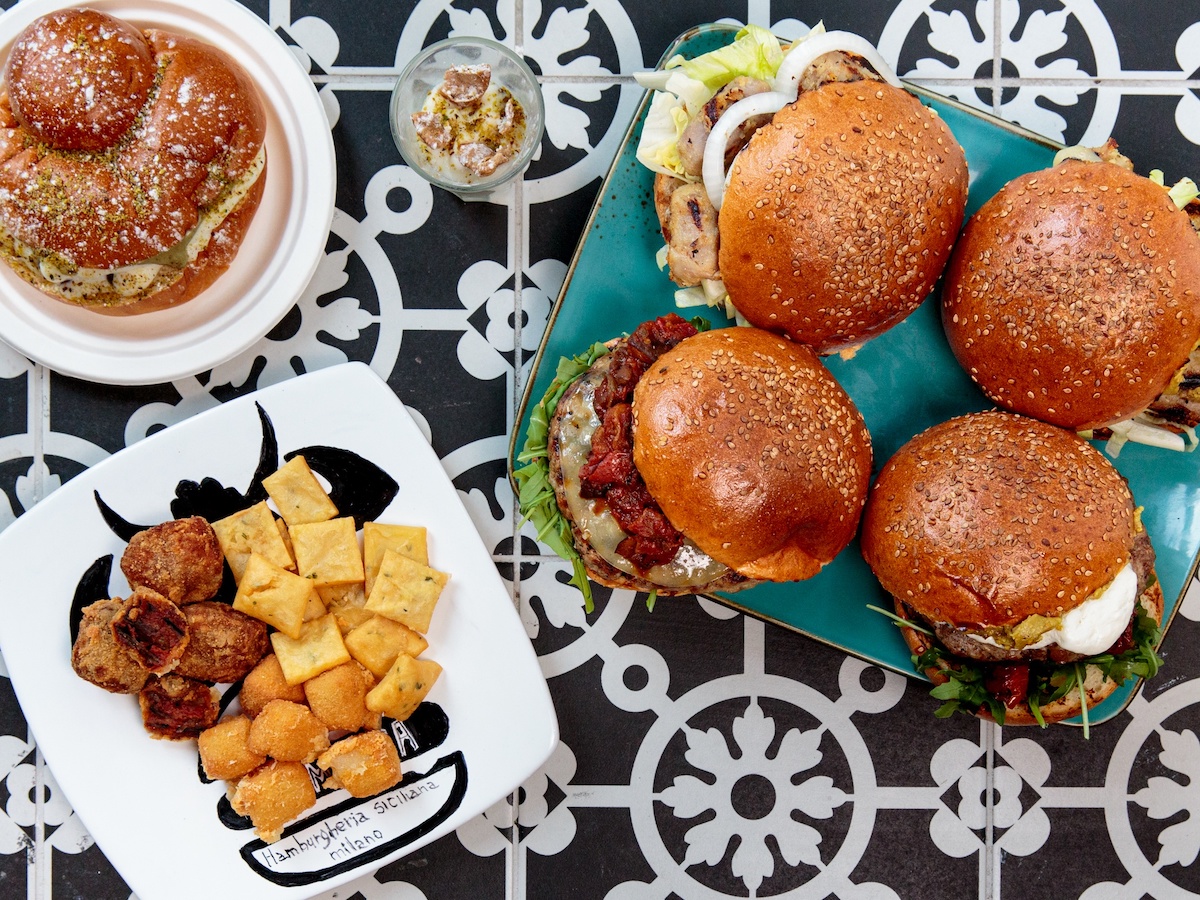 From Sicily with fury, directly in Milan’s capital, in the Navigli area a few steps from the Darsena, Via Ronzoni, 2, all the flavors of a Sicilian tradition before unknown to Milanese gourmet lovers. First fruits, sicilian local DOP products and combinations of refined flavors will pleasantly surprise you. That’s how the acronym FQSF was born: fast quality Sicilian food for the pleausure of those who love tasty street food and the typical specialties and flavors of popular Sicilian cuisine.

Sicilian hamburgeria from Messina to Milan.

From Messina to the Dock in a direct line opens Hammucca, whose name comes from the verb voice Ammuccare. But what does it mean? In Sicilian dialect it means “to bring to the mouth,” and it is often accompanied by the well-known gesture made with the closed hand and the fingertips touching and approaching the mouth, somewhat as if one were eating something. It is a gesture related to something tasty and sublime so much so that with “ammuccari” is often also referred to “amorous” and enjoyable matters. And that is precisely what you will be able to do at Hammucca’s: eat tasty and enjoy good food.

Once you cross the entrance of Hammucca, it will be a riot of flavors and smells, a full immersion in the world of Sicilian specialties in street food version, but with ingredients of the highest quality, sourced from small Sicilian realities and produced strictly at km0.

A never-before-seen menu, bold combinations, and really careful processes accomplish the rest, making everyone realize from the very first bites the true meaning of hammuccare. Then again, the mission behind the ambitious project of four young Sicilians is “to become ambassadors of Sicilian excellence around the world, enhancing local realities and revisiting the concept of fast food into a quality product, fast quality Sicilian food.” This gave rise to the acronym FQSF, a first for Milan and its environs, making Hammucca a must stop whether for lunch, dinner or a quick Sicilian aperitif.

An all-new format that will involve the Milanese in a true journey through taste among the scents of citrus fruits, prickly pears and the many Sicilian specialties. An experience to be lived directly from Hammucca or comfortably at home and in the office thanks to the food delivery, but also in front of one of the many romantic sunsets offered by the Navigli thanks to the very practical take away kits.

The menu is full of delicacies and consists of 4 ready-to-eat macro-worlds:

To complement it all, a selection of Sicilian beers, chinottos and orangeades, and waters from the Italian haute cuisine. All this translates into a single term – Hammucca – Sicilian enjoyment at your fingertips – and to really discover its meaning, the only right choice to make is to go to Via Ronzoni, 2 in Milan.