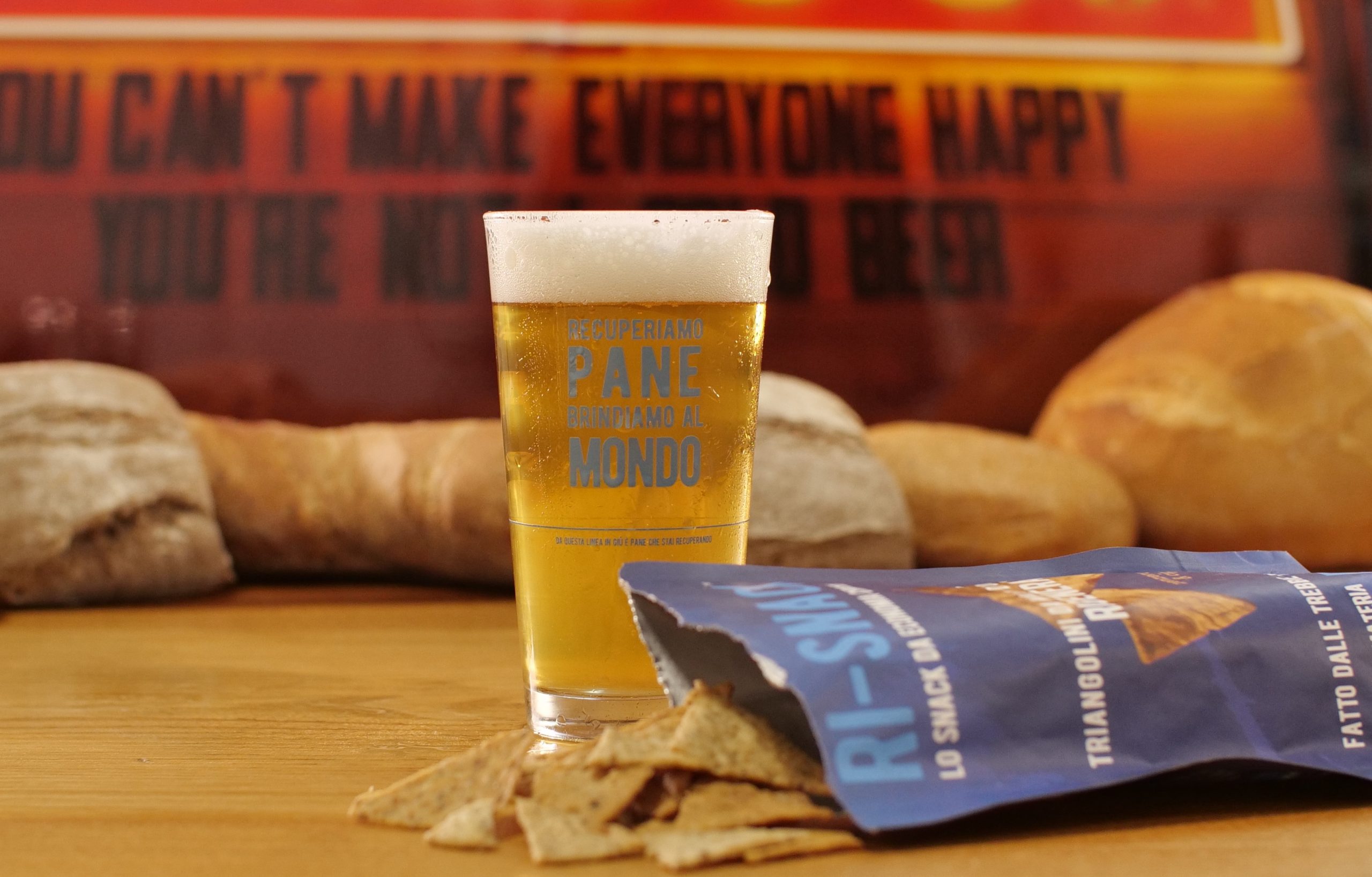 Biova the beer made from bread

Biova, the circular economy beer that gives new life to unsold bread before it becomes waste for disposal, is born. Not everyone knows, but certainly can imagine that bread is one of the food productions in Italy of which the risk of waste is highest. Yes, it’s true, every year in Italy 13,000 quintals of bread being wasted, a large part of which is unsold. There are more than 150 kg of bread recovered in each Biova’s Cooked Beer!

From waste we can generate new value! This is the idea behind Biova, the circular economy project that transforms food surplus into products with new value

Where did beer made from bread begin?

Biova Project beer was born in Piedmont, between Turin and the Occitan valleys. Founded in November 2019 by Franco Di Pietro and Emanuela Barbano, it is the food innovation startup with a mission to reduce food waste for the planet by creating ever-new products with high added value: both taste and economic and social.

The idea came from a long journey within non-profit organizations concerned with combating food waste, with the intention of creating a business model that is both economically and ecologically sustainable.

Why is Biova a sustainable beer?

The Biova beer brewing process has a Life Cycle with a significantly lower CO2 impact than traditional brewing: both because of the use of a material that would otherwise have to be disposed of, and because of the savings in energy, water and significantly less land use due to the non-use of barley malt.

Biova Project has also recently arrived in Milan, May 2022. The innovative start-up deals with the fight against food waste and thus launches a new territorial project in the Milanese capital as well: not one beer but as many as three beers made with unsold bread from bakers in the city of Milan. They are La Gialla, La Rossa and La Verde – three craft beer references made with the bread that, at the end of the day, remained unsold on the shelves.

Biova Project has formed a partnership with the Bakers‘ Association of Confcommercio Milan and Provinces, engaging the associated bakery world to give bread that remains ownerless at the end of the day so that it can be picked up and brewed by Biova Project.

Biova Milano is a range of three craft beer references:

Let’s turn the economy around. Circular.

Biova Milano will be on sale in all the bakeries that have contributed unsold bread, more than 10 in Milan, and distributed in ho.re.ca. by Sofismi-a city distributor-who will bring it to the best bars and restaurants throughout the city.

Bread for Biova Milano was recovered from the following bakers:

To know more about Biova Beers and discover also the eshop the website is www.biovaproject.com