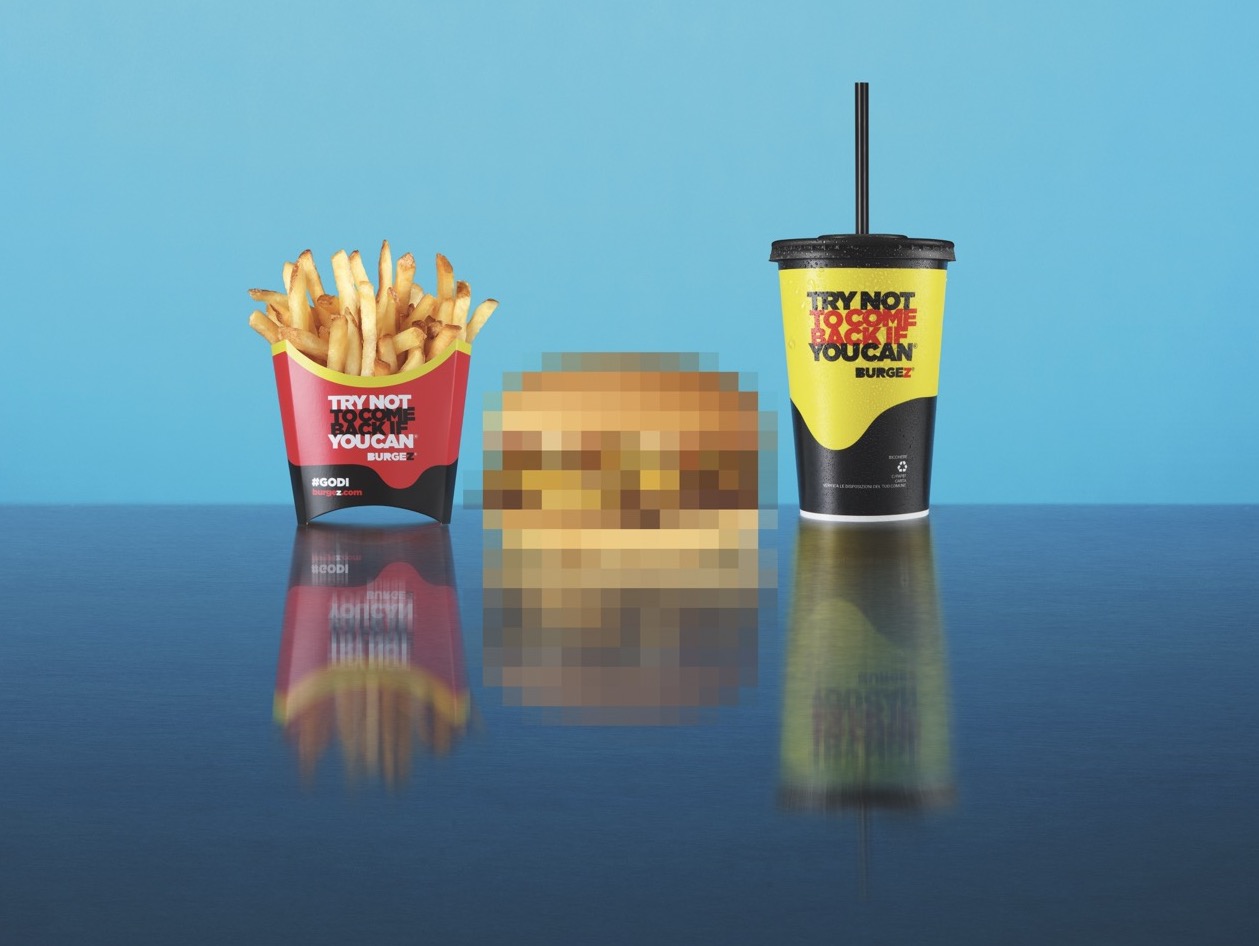 From December 1, the new, amusing proposal by Burgez, an imitation of the world’s most famous US fast food cheeseburger, is available in all 20 Burgez locations, .

It might sound like fake news, but it’s not, it’s a Fake Burgez: the new Burgez sandwich is in fact an ‘imitation’ of the cheeseburger from the world’s most famous US fast food restaurant.

In perfect Burgez style, the new (provocative) proposal was anticipated by a contest on social media to guess which famous burger had been ‘copied’. The winners, designated at the sole discretion of Burgez, were able to take part in a preview tasting held at the same time in venues in Milan Ticinese, Rome Candia and Turin.

Completely different from the brand’s hamburger line to date, characterised by special ingredients and sauces, the new Fake Burgez, stuffed with meat, cheddar, onion, gherkins, mustard and ketchup, comes in 4 formats with a highly competitive price:

We selected one of the most iconic burgers in the world, studied the recipe and improved it in every aspect, including price.”…. “We are very satisfied with the result: that’s why we decided to put Fake Burgez on the menu indefinitely.”

Born from an idea of Simone Ciaruffoli and Martina Valentini, Burgez, defined as Italy’s most irreverent fast food brand, which stands out on the national scene for its tasty and varied offer of burgers and sides, as well as for the irreverent and provocative tone of voice of its campaigns and marketing strategy.
With a distinctively American menu, the brand positions itself as a superior alternative to the best-known U.S. chains.

The story began in 2012 when, during a trip to New York, Simone Ciaruffoli-as he tells in the book “The Gospel According to Burgez”-received as a gift from a homeless man originally from Hamburg a precious cookbook in which the secret recipe for the best burger was hidden. In 2015, the founders of Burgez opened their first store in Milan in Via Savona. Today Burgez is an established business with 20 outlets throughout the country and nearly 200 employees.